By jchrist December 18, 2019 Uncategorized
No Comments 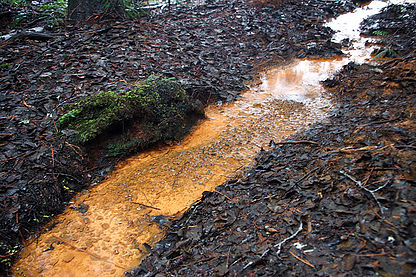 It has been a wet and soggy summer so far, and seemingly there’s more to come. This amount of moisture and sitting water brings up a lot of things from the ground – everything from mushrooms to parasites, bacteria, and viruses that can potentially cause problems for our pets and in some cases, us. Many organisms thrive and come to the surface when it is this wet outside as they float to the surface. This may include things such as giardia (parasite that can cause diarrhea and beaver fever), clostridial bacteria (diarrhea causing bacteria), and other things. We’re not saying to avoid going outdoors, as many of our pets love getting dirty and rolling in the mud despite our futile attempts to tell them not to. However, we do recommend trying to avoid swampy and marshy areas that have been sitting for long periods of time, as exposure to and ingestion of this sort of water can cause illness in same cases. Most often they will cause vomiting +/- diarrhea, and some may require treatment. Depending on the organism, some infections can transmit to people as well, so ensuring proper hand hygiene is imperative.